With over two decades of curatorial experience, Alexander Mitchell brings an expert eye and a refined visual identity to his artwork. His pieces are dynamically engaging for the viewer through their contained interdisciplinarity and combination of the manually involved tradition of collage with computer programming.

At the core of Mitchell’s art is the critical process bridging head and hand, following the traditions of technical precision, composition and perspective demanded by classical art. His highly analytical process involves photography of appropriated sculpture, digital manipulation and arrangement of the collage, and expansion of the physical piece into digital form through a lens of animation. Triangulating the interpretive gaze of the camera, the Arte Povera-turned-Punk sensibility of the Xerox, and the synthetic extension of the canvas into digital space, Mitchell’s work pivots between genres on the fundamental axis that action is central to creation.

There is a need for Apollonian control in this self-contained system which does not cannot be reduced to the centrality of the artist or as authoritarian dogma. Rather, Mitchell references the modern interconnectivity of all things to invoke classical archetypes in a contemporary context. Hellenistic sculpture becomes a living sitter for a contemporary portrait. To him, mythic figures and their representations are as malleable as the material components of his work. In his hands, these characters are diced, dissected, rearranged and turned cyborg; they are rendered manipulable, powered by a cultural literacy and recontextualised in his ideological hands.

This is not to say that Mitchell is unkind to the classics. His pieces confuse space and time, forcing the viewer into an engagement with the reconfigured symbols contained within the paper. The structured artifice of this delimited canvas is acknowledged by Mitchell, who refuses to play in colour, fragmenting forms into planes and textures. This polished, graphic simplicity forces the viewer past the visual in our world of signs, requiring us to draw upon mythic precedent to render anachronistic symbols into cultural narratives of our own. 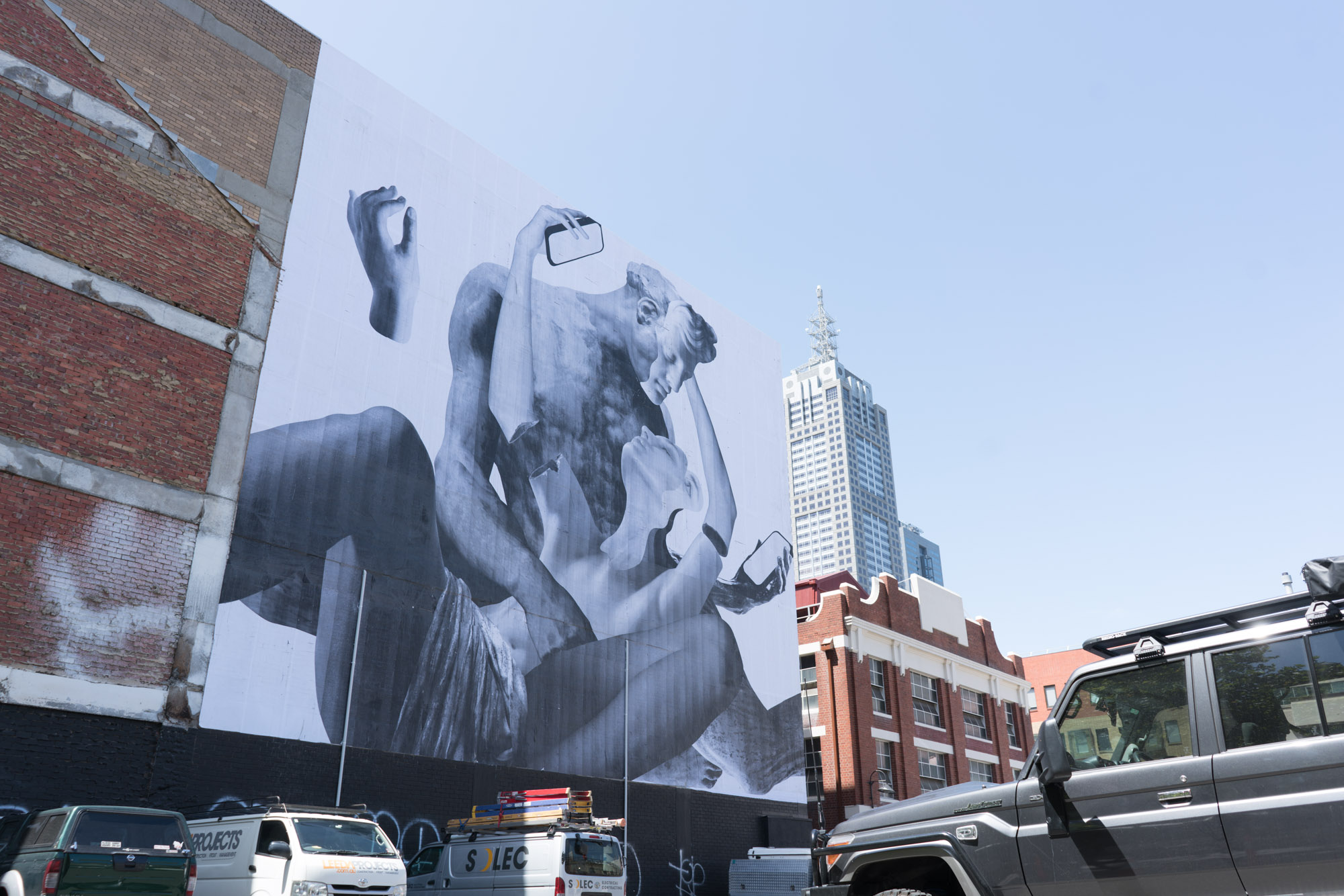 Plus Minus Zero for White Night Melbourne 2018. 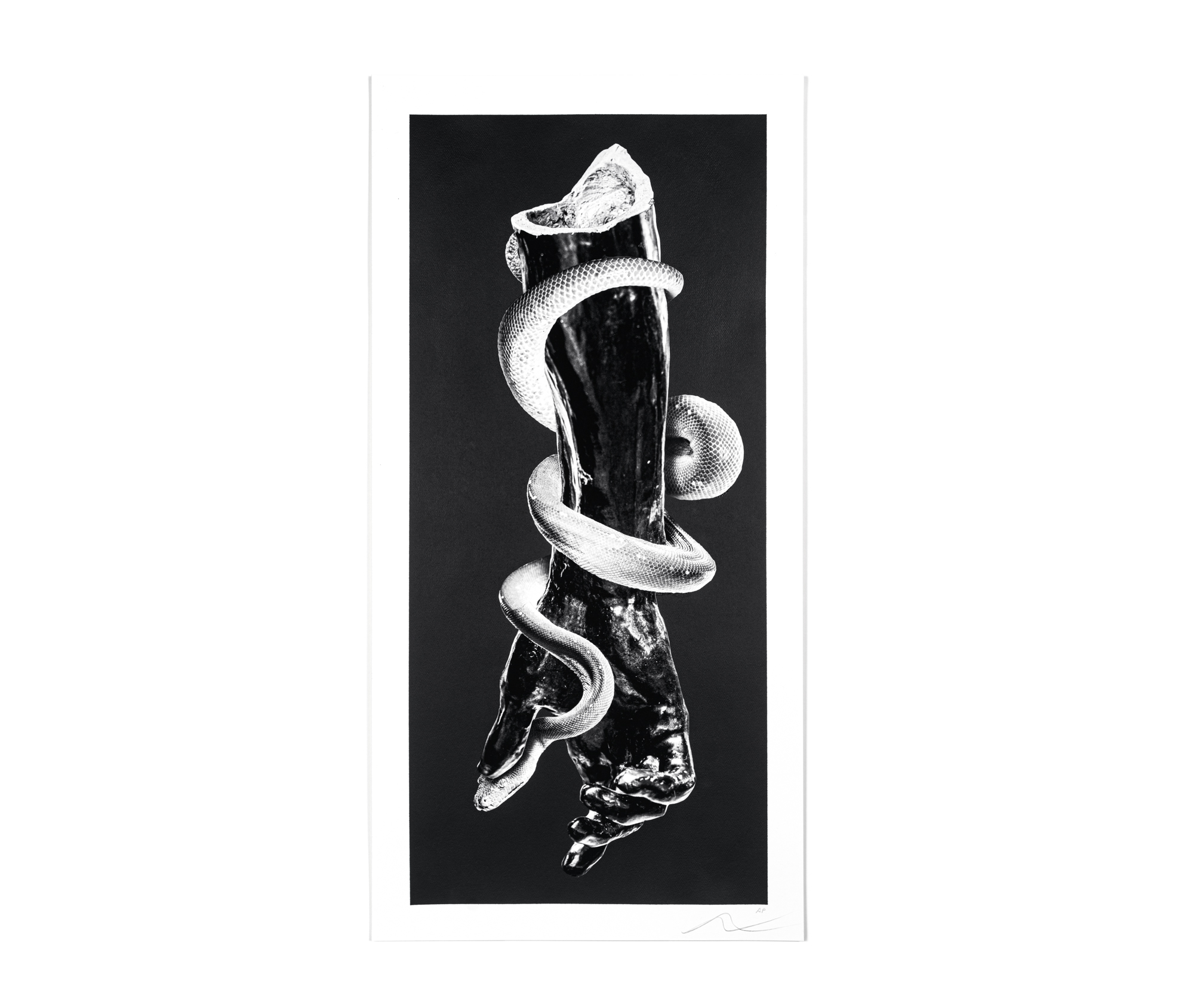 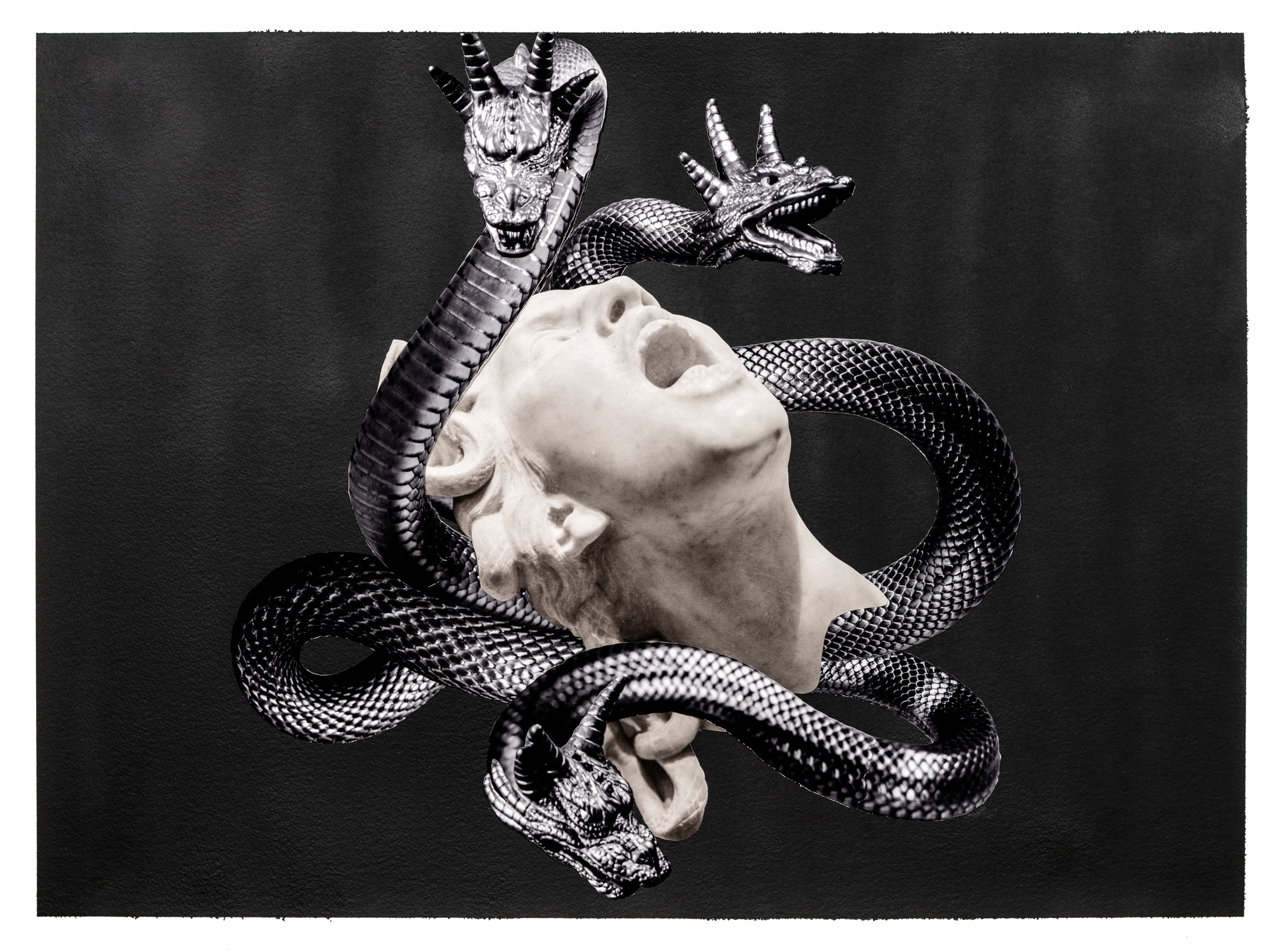 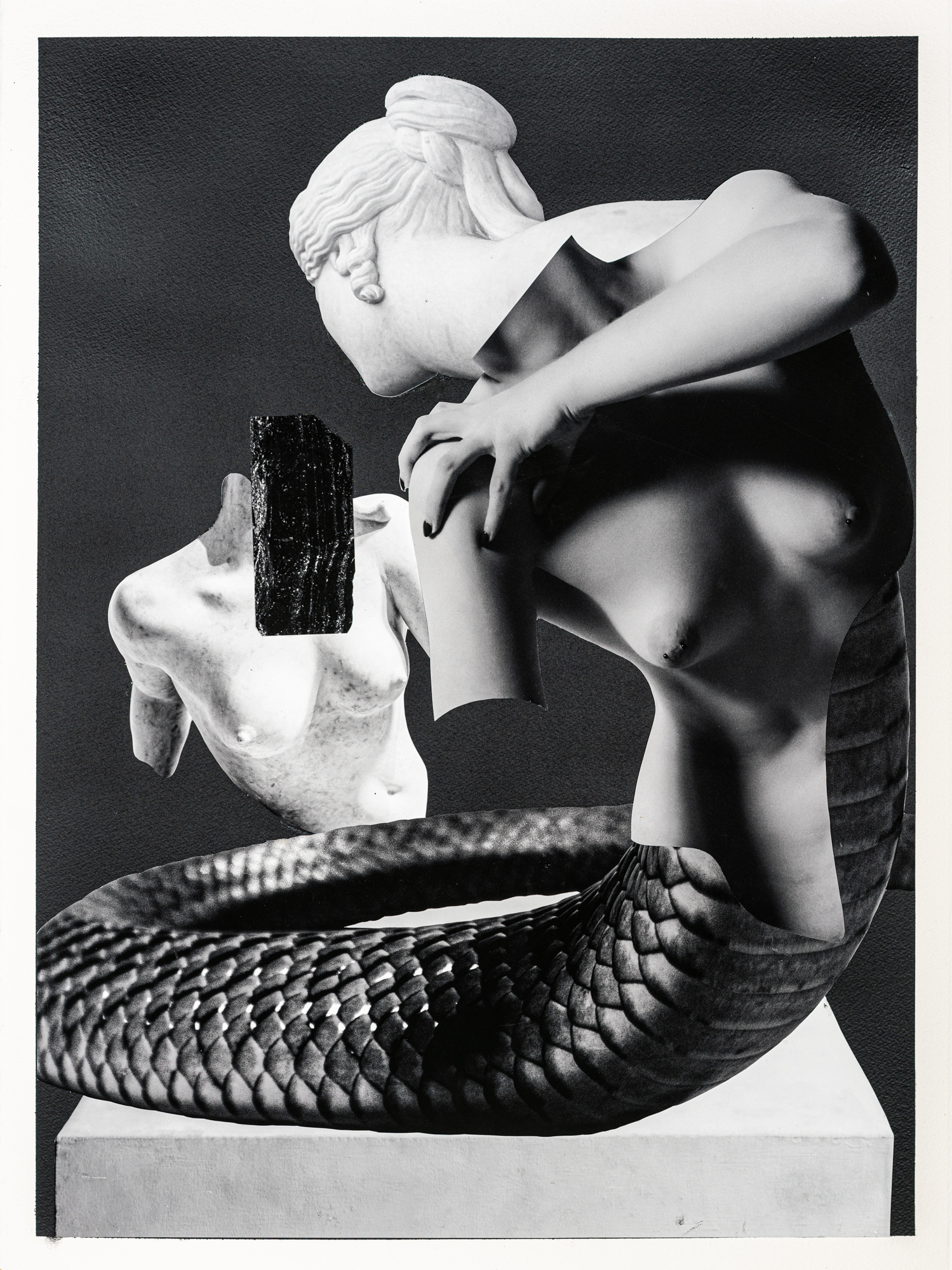 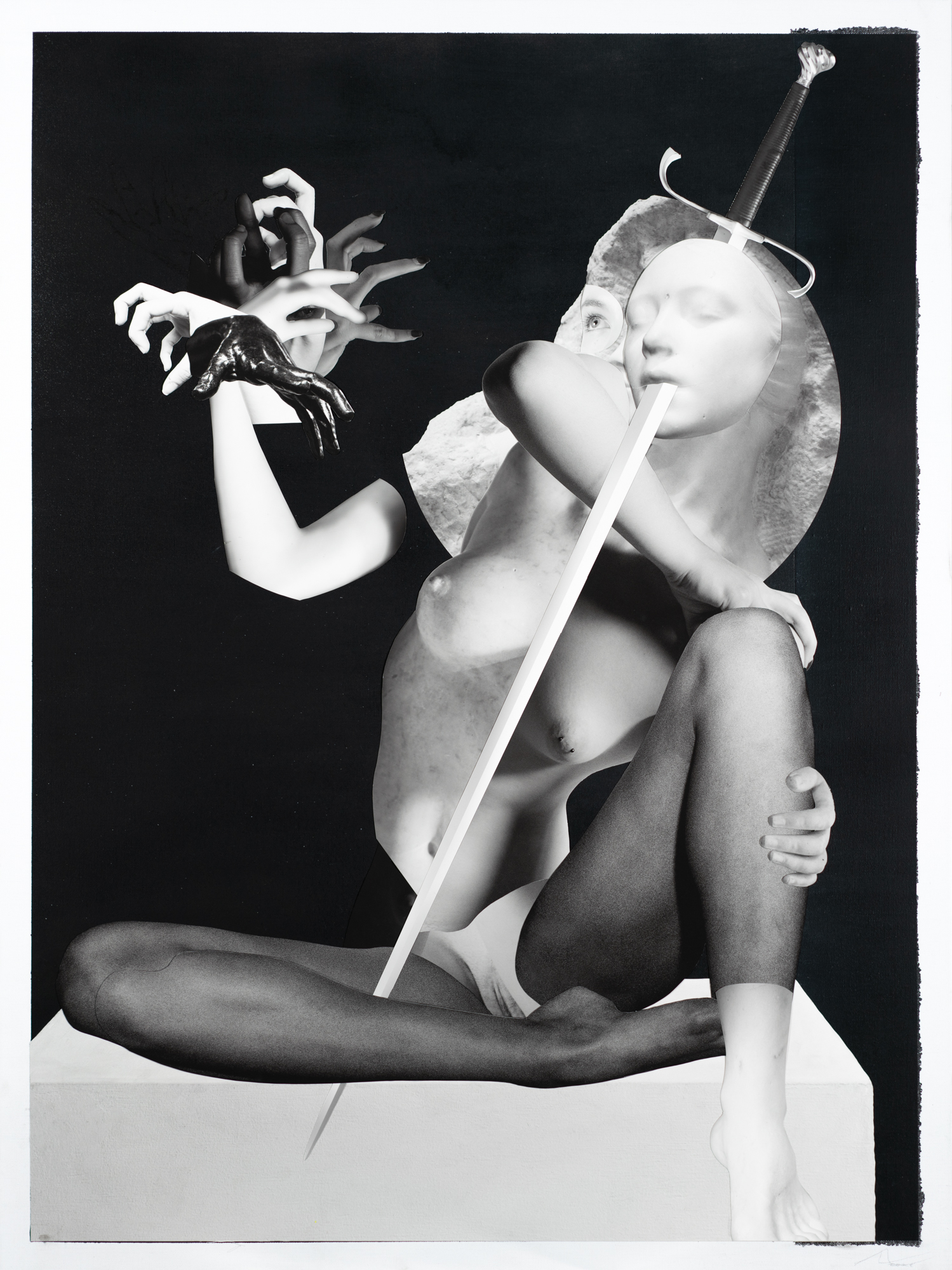 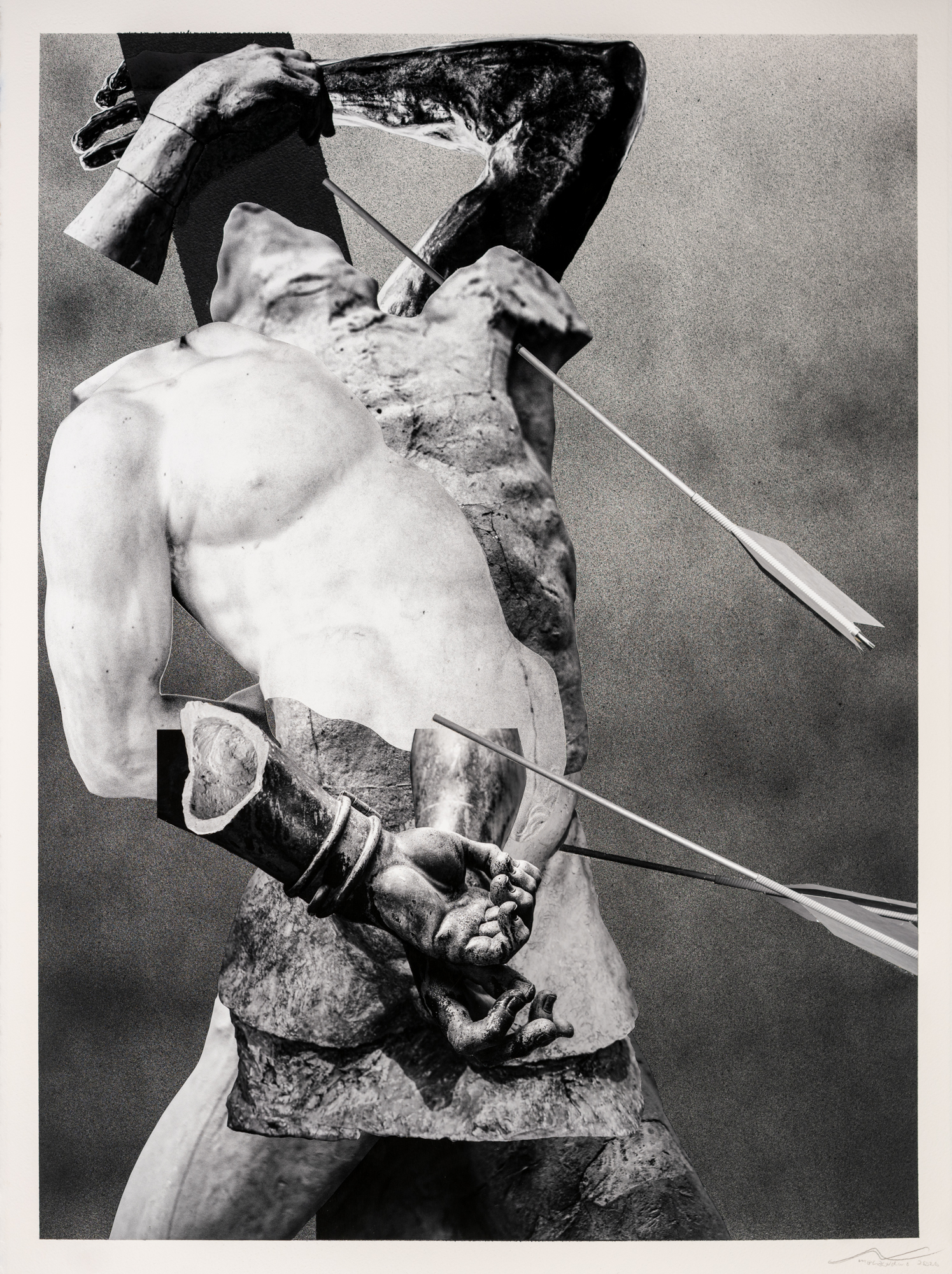 "Martyrs May Enter The Arena Hand In Hand, But They're Crucified Alone" 56 x 67cm, acrylic, collage on paper, 2020 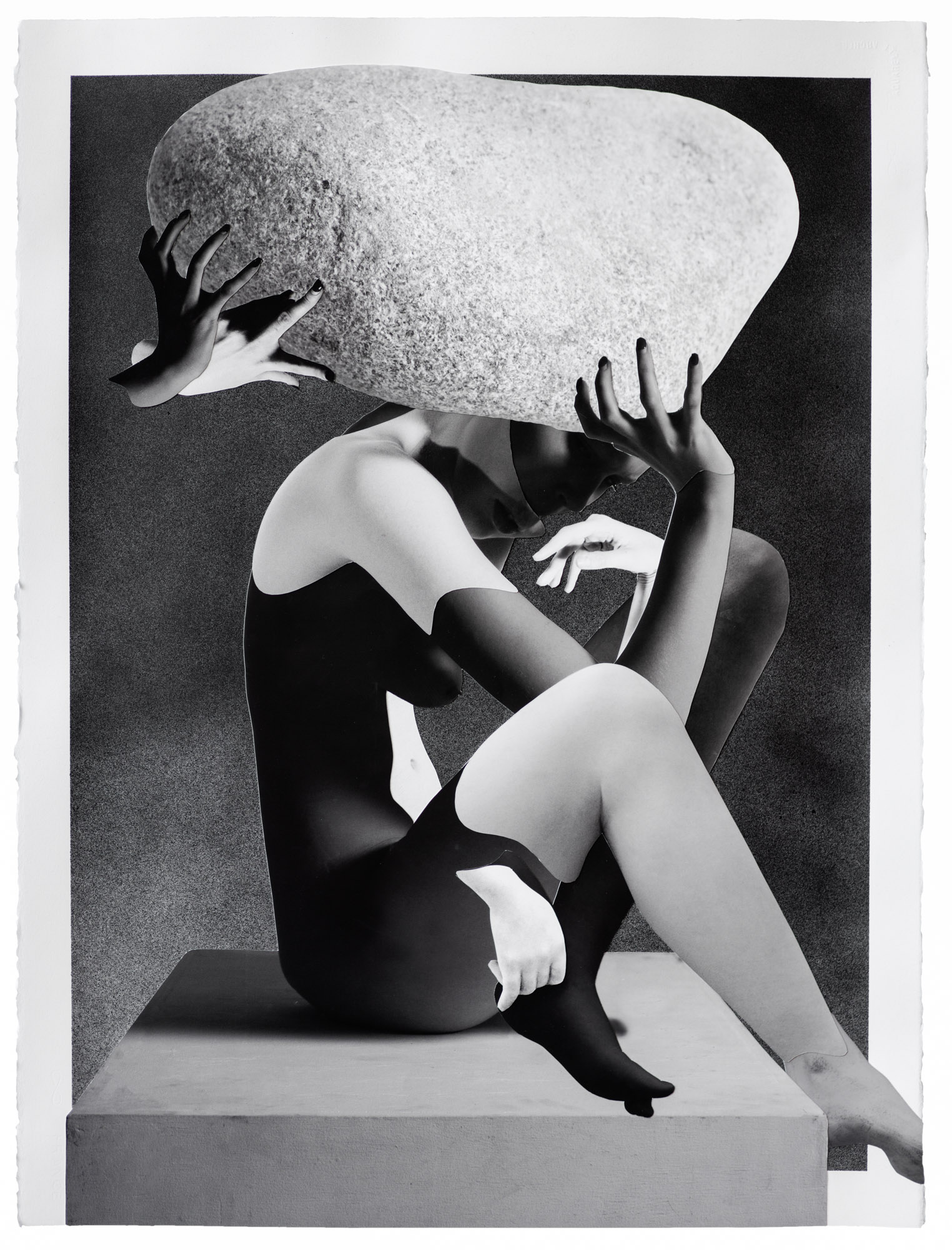 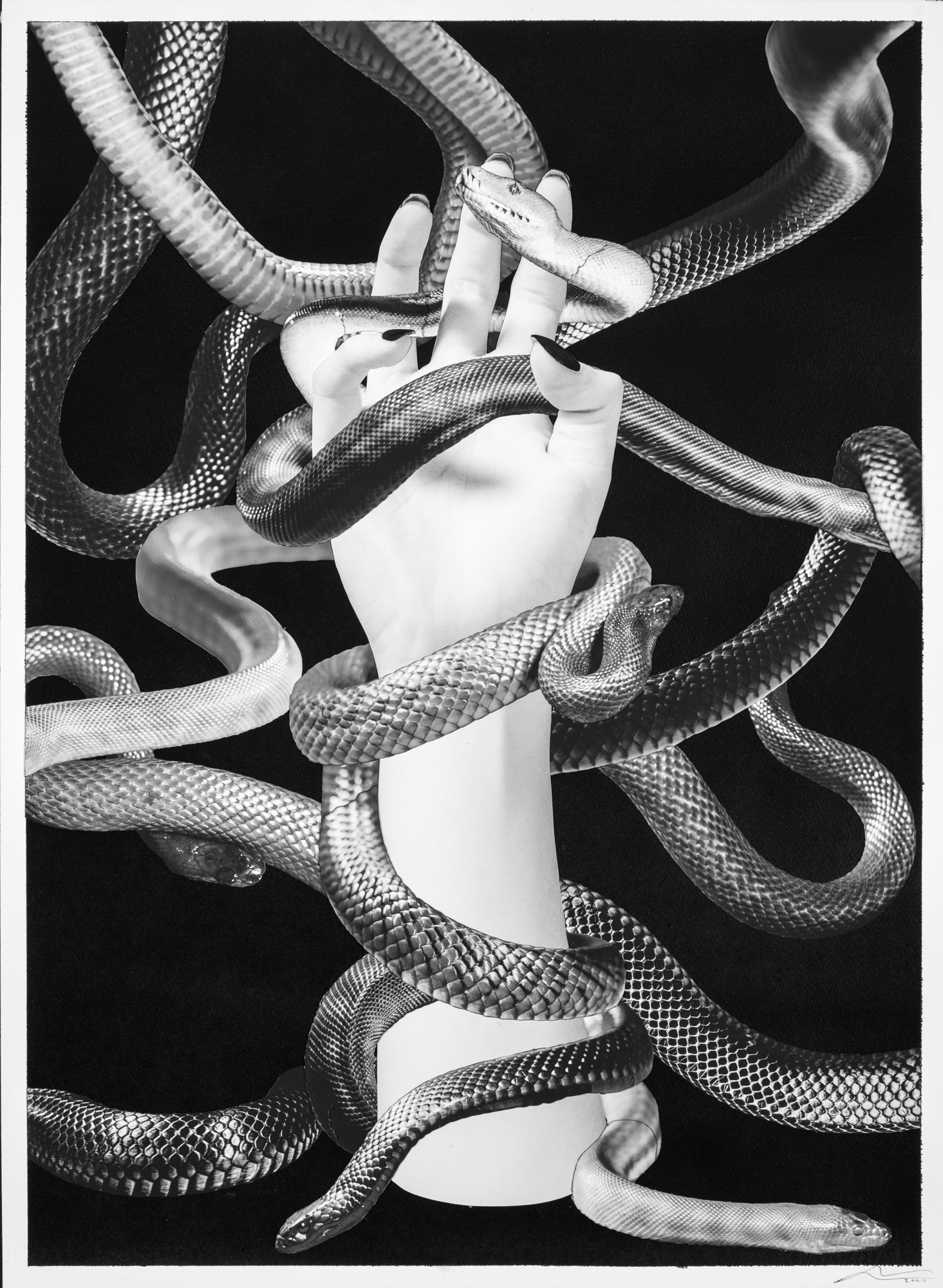